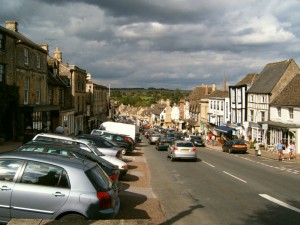 A year ago the town of Burford in West Oxfordshire was faced with a planning application for a major development off Shilton Road which would bring over 400 extra residents and 200 plus vehicles to this small rural town and its already over-crowded roads.

Thanks to the written objections of 450 local people and the unanimous opposition of the Uplands Planning Committee, this unsustainable development was turned down – the need for a development on this scale could not be demonstrated and the infrastructure to support it was lacking.

Disappointingly, the developer Hallam Land Management, has lodged an appeal, which will be heard at a Public Inquiry.

The application is for a total of 169 dwellings and a 90-bed care facility, which potentially brings even more residents to the small town of Burford than envisaged in their initial proposal.

The appeal will be decided by an Inspector appointed by the Secretary of State at a Public Inquiry. All the original letters of objection still stand.

Or alternatively by email to: alison.bell@pins.gsi.gov.uk.

Any representations must be submitted by 3rd February 2016.